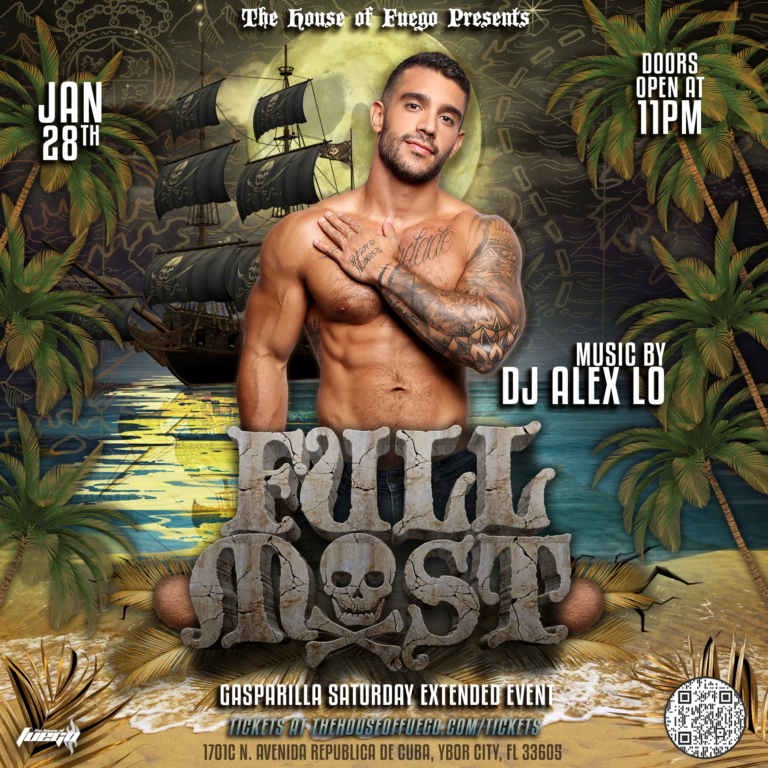 For those who don’t know what Gasparilla is, it’s been a tradition in Tampa since 1904.

For more than a century, the legendary pirate, José Gaspar, has invaded Tampa Bay every year, kicking off two treasure-filled months of parades, festivals, and other excitement. Starting with the nation’s third-largest parade and running through road races, to festivals featuring music, art, and film—the entire destination bursts with activities for everyone for eight weeks.

This year, however, Gasparilla gains two TRUE circuit events, the first of which being Full Mast: A Gasparilla Saturday Extended Event, presented yours truly.

Like the legendary buccaneer, José Gaspar, The House of Fuego invades Tampa Bay during Gasparilla Weekend. Join our mystical krewe as we raise our Jolly Rogers at FULL MAST and ignite the night to bring you an extended Saturday full of dancing, debauchery, and booty pilfering.

Whether ye be a scallywag, seadog, or swashbuckler, all hands hoay for a night of great music. And worry not—though the night might be LIT, there will be plenty of playful dark places for you to heave ho or blow the man down.

Alex Lo (Mexico) will headline and is sure to get your pirate booty shaking. Opening DJ soon to be announced.

Check out a recent set from Alex below: 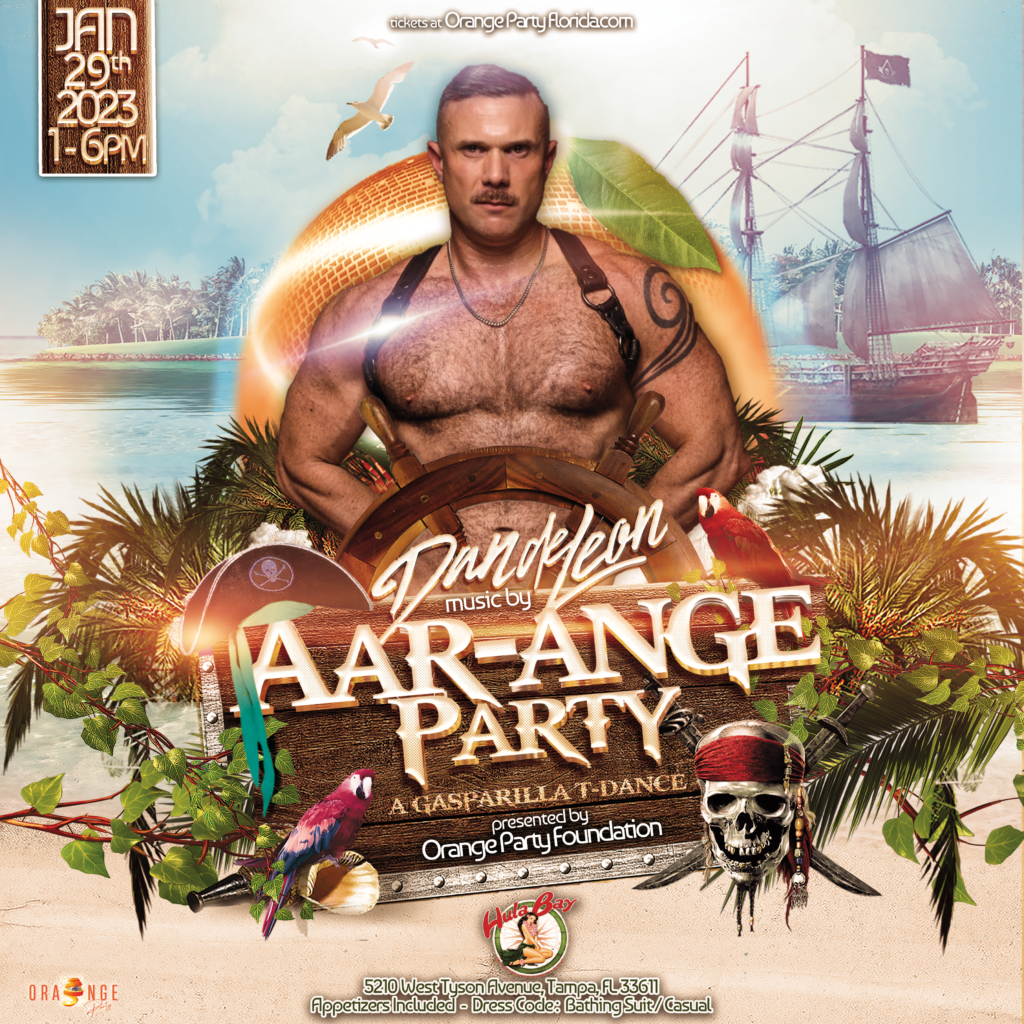 For the second TRUE circuit event during Gasparilla Weekend, join the boys of Orange Party for our Partner Event on Sunday with DJ Dan de Leon.

Batten down the hatches for the 29th of January. This is a celebration for not only the LGBTQ+ community of Tampa, but for everyone looking to dance in the daylight. On Gasparilla weekend, ship yourself to this Sunday Funday that’s a mix of the circuit party, dance festival, and waterside event of your dreams. The day after the beads is a bore, but here you’ll find all the booty on the dance floor.

Appetizers will be served and are included with your ticket purchase. Speedos are not included with admission, so make sure you sport poolside attire. Ensure your entry to join this krewe at the premiere of Tampa’s first Gasparilla Tea Dance Circuit Party. Citrusly, you don’t want to miss this.

Tickets on sale for both below — get yours now!
get tickets
Prevprevious